who heard about Standing Rock? ... Or maybe the pipeline project in a Sioux reservation in North Dakota ???

At first, I lokked at it with some distance, because all the information was in English. Because it was far from home, and I cannot go there to protest, to help ... and yet, I live in France, in Ardèche, where we are also particularly concerned by the destruction of soil and wilderness, for projects related to shale gas (fracking) ... I thought they were quite enough there, to get up and protest ... it was not really my business, as we say at my homeland!

Meanwhile, the movement grew at Standing Rock, violence against indigenous people, who fight the project, and rise, and the "black snake", understand: the pipeline, moves on and destroyes everything on its road. Mother Earth, the Waters, sacred sites, burial places, and by the way ... all those who stand against it. Yet tirelessly, people are standing in front of the machines and weapons, to prevent it from moving forward. People come from all over the world, in support.

Standing Rock ... standing stones ... does that sound familiar to you ???

About me, I feel that I wake up more and more of my torpor, and I start to understand why the one who adopted me into her tradition, Oh Shinnah Fast Wolf, dreamed of my name 3 nights on, and renamed me "Standing Strong Woman"

So I stand with the people of Standing Rock. Standing alone; ... on my mountain, fists raised ... But how to help ??? from France ??? even if I was there, it would not change anything ...
And suddenly I said to myself this morning: "There is only one thing to do: communicate!" And that, I can do it very well! ... Communicate so that everyone understands what is happening there. Because it is not only a matter of high financial interest or even an environmental pollution case, it is a case of destruction and annihilation of the first peoples, of their culture, their sacred places and burial places. It is a case of breaking agreements, a word given case, it's an organized genocide! ... And not any genocide! it is to exterminate those who are the last defenders of our beloved planet, the guardians of Mother Earth!

If you want to destroy people, just destroy their culture, places of worship, profane their land, cemeteries, and little by little, there is nothing left over, and we do not even know what it looked like before ... we have known it in our areas too!

So while waiting to be able to do more, I open a section on the site of "the Wells Caravan" (www.la-caravane-des-sources.com , nonprofit) for all items in french on the subject. If this section is well stocked, if these articles are read by a lot of people (please forward ...) then we will be stronger together, to do something.

Your help will be invaluable, especially for translation ... Send me everything you find in lacaravanedessources@yahoo.fr Please if the item is on a website, send me the direct link, it's easier . If you translated it, send me the link to the article in its original language.

No one will be allowed to say that I will stay asleep! (What does that even mean ???) while my brothers and sisters are being slaughtered to defend our interests and those of our children and our grandchildren. For the next seven generations. 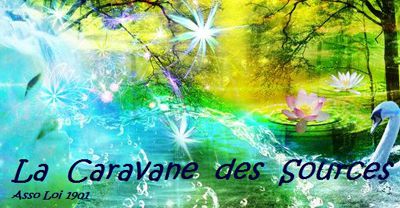